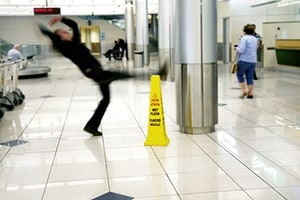 This nursing home fall wrongful death lawsuit was filed by the family of a Howard County woman who died after a hip fracture at Encore at Turf Valley. This claim was filed in Maryland Health Claims Arbitration on February 2, 2017, and is the 60th medical malpractice case filed in Maryland in 2017.

Plaintiff is admitted to Encore at Turf Valley in Ellicott City after being discharged from Northwest Hospital. This is as good of time as any to point out that Encore is a beautiful, well rated-facility nestled on an unbelievable piece of property in Howard County. Encore patients have a fall risk that is about two-thirds of the Maryland average (click on the preceding Encore link to see the data).

Now back to the facts of this case which do not paint such a beautiful picture. The woman is admitted to the hospital due to suffering a fall at home, so she needs rehabilitation and skilled nursing services. Upon her admission to Encore, she is suffering from dementia, anemia, glaucoma, and osteoporosis. She is assessed as a fall risk. Almost anyone with dementia alone is going to be a fall risk.

Four days after her admission, the plaintiff is not properly supervised, according to the lawsuit, and she falls. The following day, she is transferred to Howard County General Hospital due to pain in her left leg. At the hospital, x-rays reveal a left hip fracture due to the fall. She needs a left hip replacement. A month later, she dies at Brooke Grove Retirement Village, allegedly due to her fall at Encore.

If you or someone you know has suffered an injury due to the negligence of nursing home staff, Miller & Zois can help. Call us today at (800) 553-8082 and speak to one of our attorneys or get a free online case review.