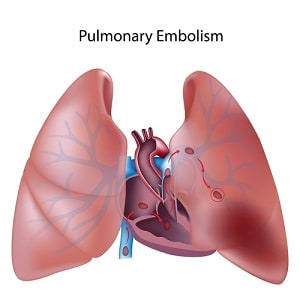 This survival and wrongful death lawsuit was filed against ExpressCare on behalf of a man in Baltimore County after ExpressCare Urgent Care doctors failed to diagnose his pulmonary embolism. Filed on February 2, 2017, in Health Claims Arbitration; it is the 59th medical malpractice case filed in Maryland in 2017.

Plaintiff goes to the ExpressCare Urgent Care in Dundalk, where he comes under the care of defendant doctors. When he arrives, his heart rate is high, he is short of breath, and he has low oxygen levels.

Back to the facts of this lawsuit. He is diagnosed with having an acute asthma attack. He is given two nebulizer treatments and a spirometry test even though his symptoms are not consistent with an asthma exacerbation. The man is discharged home before any imaging or confirmation or proof of a lack of pulmonary embolism.

Later the same day he suffers cardiac arrest. He goes to Bayview Medical Center via ambulance, in critical condition. He is pronounced deadly shortly after he arrives at the hospital. An autopsy reveals that he died of bilateral pulmonary emboli due to lower extremity deep vein thrombosis.

Have you or someone you know sustained a severe injury due to the negligence of a doctor? The attorneys at Miller & Zois can help you get compensation, with a history of earning large verdicts and settlements. Call us today at (800) 553-8082 or get a free online case review.