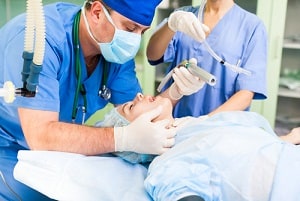 This wrongful death claim was filed in Montgomery County after a man was not properly intubated following surgery. It was filed in Health Claims Arbitration on March 2, 2018, and it is the 103rd medical malpractice case filed in Maryland this year.

After a patient's surgery was complete, his doctor placed an endotracheal tube before transporting him to the post-anesthesia care unit (PACU).

According to the hospital chart, the man was not in cardiac or respiratory distress prior to changing the endotracheal tubes. Immediately upon arrival at the PACU, the patient went into cardiac arrest and CPR was initiated. His code started at 5:38 p.m. and lasted a full hour. At the conclusion of his code he was brain dead.

Unfortunately, the doctor mistakenly intubated the man's esophagus rather than his trachea, making it impossible for him to breathe. The doctor also failed to use capnography while he was in the PACU. Since capnography is a method of monitoring the concentration of carbon dioxide in the lungs, it could've verified that the man's airway was not properly positioned to supply oxygen to his body and brain.

Eventually, the man's restricted oxygen supply caused him to suffer a hypoxic brain injury. He died as a result of his brain injury less than two months later.