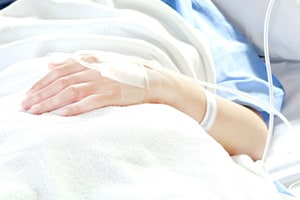 The nursing and medical staff at Oakwood Care Center became aware that a resident was exhibiting symptoms of a urinary tract infection (UTI). So, unlike a lot of these UTI nursing home cases, the facility was aware of the problem.

The woman's symptoms became more profound over the next four days, resulting in severe changes in her mental status. Oakwood staff continued to make observations about the woman that should have warranted intervention, including rising levels of creatinine, a waste product excreted by the kidneys that is one of several measures used by doctors to determine the function of the kidneys. The records also show cloudy/concentrated urine and a deepening decline in mental status. But, allegedly anyway, no one did anything to revent the progression of her UTI.

In fact, the woman's UTI was never properly diagnosed or treated while she was a resident at Oakwood. Her infection progressed to the point of septic shock with evidence of multi-organ system failure and she was transferred to Franklin Square Hospital. Unfortunately, her condition had already deteriorated to the point of no return. The woman passed away just ten days after the Oakwood staff first noticed the symptoms of her UTI.

Plaintiffs claim that new onset urinary retention is a warning sign of a UTI and required an immediate investigation. A urinalysis would have discovered this UTI. So plaintiffs' claim that prudent and attentive nursing home would have done a urinalysis and notified the physician of the results of the urine culture and sensitivity timely to prevent the delay in initiating treatment of the resident's UTI.