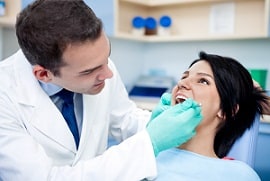 A man incarcerated in Cumberland presented to the dental department with complaints of a toothache. The dentist diagnosed the man with an infection and said the tooth would have to be pulled once swelling from the infection went down. In the meantime, the dentist prescribed antibiotics to treat the infection.

Two days later, the man reported back to the dental department. A different dentist made an attempt to pull the affected tooth but broke it in the process. Instead of properly completing the tooth extraction, the dentist stitched up the man's gums with the broken tooth fragment still inside. Immediately after he left the dentist's office, the man began to experience jaw pain and headaches.

Eventually, after one week of pain and disturbed sleep, the man went back to the dentist. X-rays confirmed that broken remnants of the tooth were still embedded in the jawbone and gums. The dentist attempted to remove the remainder of the tooth but gave up after an hour. The next day, the man was transported to a dental surgeon outside the prison for a third attempt at the tooth extraction. The outside dental surgeon was successful, but the man continues to suffer mouth and jaw pain.