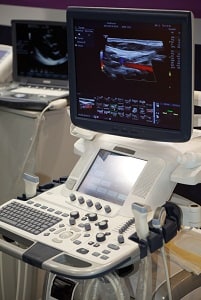 A man underwent a spinal fusion and discectomy at L5-S1. Eighteen months later, he began to develop significate pain on the left side of his abdomen. Before long, the pain, anorexia, and altered bowel habits prompted him to see a gastroenterologist. All of the gastroenterologist's diagnostic testing came back with normal results, so he referred the man to the GI Division at Johns Hopkins.

By the time of his first visit to Hopkins, the man's abdominal pain had worsened to the point where it made sleeping on his left side difficult. He also reported lower back pain that radiated into his left leg. The doctors suspected the man was suffering from chronic pancreatitis due to his longstanding history of heavy alcohol and tobacco use. The man underwent several pancreatic function tests, which showed no abnormalities. His endoscopic ultrasound indicated only four out of nine criteria for diagnosing mild pancreatitis. Importantly, the man reported abdominal pain in the lower right quadrant - a location that is not consistent with pancreatitis.

Over the next few days, the doctors at Hopkins continued to test the man for pancreatitis. The only irregularity they could find was a slightly low level of fatty tissue in the pancreas compared with the liver. Even though the evidence was only circumstantial, the man was told that he had chronic pancreatitis and was unlikely to recover. According to the doctors, his only option was to medically manage his pain.

Several months later, the man returned to Hopkins for a workup of his pancreas. Even though his liver, gallbladder, spleen, adrenal glands, kidneys, and pancreas all appeared to be normal, the man was classified as a good candidate for a total pancreatectomy with islet autotransplantation.

The man met with a general surgeon to discuss the removal of his pancreas. The surgeon explained that a pancreatectomy wasn't a guaranteed cure for the man's pain, but it was his best shot at relief. The surgeon also mentioned there was a one-third chance that the man's islets would not engraft into the liver, in which case he would become an insulin-dependent diabetic. In spite of the potential adverse outcomes, the man agreed to the surgery. He was never told about the significant possibility that he did not have pancreatitis at all and that his abdominal pain could be related to something else entirely. In fact, when the man asked if his pain could be a complication of his prior spinal surgery, he was repeatedly told "no."

Three years after his spinal surgery, the man underwent a total removal of his pancreas and gallbladder with islet transplantation. When his pancreas was analyzed at pathology after the procedure, there was no evidence of pancreatitis found in any of the pancreatic tissue. The man was never told about the pathology results, even though he continued to suffer from severe chronic pain. He also developed brittle insulin dependent diabetes and displayed clear evidence of diabetic nerve damage in his hands and feet only one year after the pancreatectomy.

Four years after his pancreatectomy, a total of seven years after his spinal surgery, the man saw a new gastroenterologist. The new doctor informed the man for the first time that his pancreas was likely removed for no good reason.