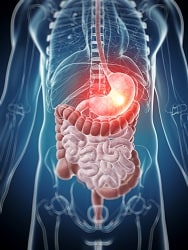 Shortly before he was incarcerated, a man fell through a twelve-foot ceiling and fractured his left heel. After undergoing surgery at Maryland General Hospital, his foot was placed in a boot to heal. The man removed the boot several weeks after he was arrested.

His foot hadn't healed properly, so the man complained to the medical office at the Baltimore County Detention Center. The man was transported to several different correctional institutions, but his foot pain and disability were never addressed. When he was transferred to a prison in Roxbury, the man requested a bottom bunk and a cane to aid his navigation through the institution. His request was never granted, and the man ruptured the cornea in his right eye when he fell while trying to jump up to his top bunk. The eye didn't respond well to treatments, and it was ultimately removed.

The man continued to complain about his foot pain, and he was seen by a variety of general physicians and physician's assistants. In an attempt to manage the man's pain, the underqualified medical specialists prescribed several ineffective medications including anti-depressants and a muscle relaxer. Finally, five years after the man was arrested, he was seen by an appropriate specialist. An orthopedic doctor wrote him an order for orthopedic shoes and anesthesia gel, which would provide topical pain relief. Unfortunately, the man never received the medication.

Additionally, the man suffers from acid reflux. According to the prison medical team, an eruption of stomach acid corroded the tissue in his esophagus, causing a hiatal hernia. The man never received treatment for his conditions. Instead, he was prescribed Prilosec, a medication used to treat stomach and esophagus problems, but he is worried that his health care providers are over-medicating him.

As a result of both health issues, the man has been frequently vomiting, losing and gaining weight, and in a constant state of excruciating pain. He also experiences abdominal pressure that causes bladder weakness and dark blood in his stool. The healthcare providers claim the hernia is small and will resolve on its own, but they can't explain the blood in his stool.