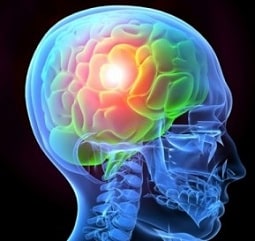 This wrongful death claim was filed in Carroll County after physicians failed to notice cranial bleeding on a man's head CT and prescribed anticoagulants to treat the blood clots in his lungs. It was filed in Health Claims Arbitration on January 19, 2018, and it is the 33rd medical malpractice case filed in Maryland this year.

A man was using a tractor to shovel snow from his driveway when he was hit by a passing vehicle. He was thrown from his seat and pinned under the tractor's front bucket, and he was taken by ambulance to Carroll Hospital. The man had no memory of the accident but complained of right shoulder, right hip, and head pain. He also exhibited swelling and bruising around his right eye and head.

Two days later, the man became non-responsive and a second head CT revealed a left-sided subdural hematoma (a pool of blood just outside the brain). The man was transferred to the Shock Trauma Unit at University of Maryland Medical Center with a discharge diagnosis including the subdural hematoma, a small hemorrhage in the left temporal lobe, insufficient blood flow to the brain, a right clavicular fracture, coma, and two pulmonary emboli.

The first head CT taken at Carroll Hospital was re-examined at UMMC, where doctors could see evidence of a skull fracture with cranial bleeding. Unfortunately, the man's condition did not improve and he died one day after the transfer.