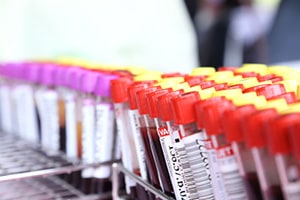 This is a medical malpractice and survival action and wrongful death suit brought by the widow the deceased. The defendants are Johns Hopkins Hospital, the patient's cardiothoracic surgeon and his treating nurse practitioner.

Misdiagnosis is all too common in medical malpractice claims. In this suit, a patient receiving heparin developed a known complication of the drug. We all understand the drugs come with risks and when a known side effect occurs with a patient, it is not the fault of the doctor. But doctors do have an obligation to be on the lookout for these known risks of a therapy and properly diagnose and treat the patient to best manage these risks. In this case, the plaintiff alleges that treatable complications were ignored by two of the patient's health care providers. As a result of a hospital's carelessness, the patient died unnecessarily.

In February 2015, a man is admitted to GBMC with complaints of chest pain. He is transferred to Johns Hopkins Hospital the next day for management of this condition. While hospitalized, the plaintiff undergoes cardiac catheterization and has a quadruple coronary artery bypass graft (surgery that improves blood flow to the heart).

After the procedure but while still hospitalized, the plaintiff is given heparin (a drug that treats blood clots). Patients who receive heparin may develop heparin induced thrombocytopenia (HIT). This is an immune system reaction that can be treated by monitoring blood platelet levels.

The plaintiff is discharged despite demonstrating a blood platelet count that has lowered from 247 to 118 over a period of less than 48 hours. Prior to his discharge, one of the plaintiff's treating doctors suspected that he may have HIT. This doctor orders two additional tests and an earlier test comes back indicating that patient was positive for HIT.

The morning after his release, a home care nurse finds the plaintiff in respiratory distress. He is diagnosed with HIT and extensive blood clots. After 8 days in the hospital, the man dies.

The plaintiffs have two certifying experts. The first is Teresa Stimpson, a licensed nurse practitioner specializing in the treatment of cardiac patients. Stimpson's expert report emphasizes that she has experience treating patients who have had coronary artery bypass graft surgery. She states that the patient's treating nurse practitioner departed from the standard of care in allowing his discharge from the hospital. Stimpson expressed that further testing should have been arranged. She posits that, if the NP was aware of the positive test results, the standard of care indicates that the patient be re-hospitalized.

The plaintiff's second expert is D. Tyler Greenfield, M.D., a cardiothoracic surgeon. Dr. Greenfield begins his report by emphasizing that he has performed coronary artery bypass graft surgeries. He states that the plaintiff's attending physician was responsible for the patient's care following surgery. This includes overriding or correcting the decisions made by a nurse practitioner. Dr. Greenfield argues that both the physician and nurse practitioner departed from the standard of care by discharging the patient given the suspected HIT. He also states that both defendants were negligent in not re-hospitalizing the plaintiff when new information came to light.

Has a hospital's negligence harmed your spouse? You are entitled to justice and compensation for the harm done to your loved one. Miller & Zois is here to help you. We have a long history of obtaining large settlements and verdicts in medical malpractice cases in Maryland. Get a free online case review or call us today at (800) 553-8082.