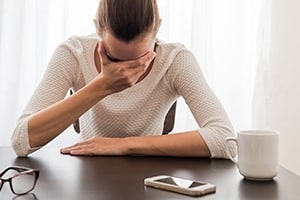 This is a psychiatric medical negligence lawsuit brought by a woman who suffered tragic injuries while trying to commit suicide. The defendants are the plaintiff's treating psychiatrist and a hospital in Takoma Park where she was receiving treatment.

This lawsuit is an instance of medical negligence where the defendants failed in their duty to protect a suicidal patient from inflicting harm on herself.

Mental health facilities have an obligation to prevent suicide attempts by a discharged patient. In this specific scenario, a patient was released without the important safety net of a loved one present to monitor their behavior. This case raises questions about the responsibilities of mental health professionals when it comes to a patient they've chosen to release.

This claim was filed on January 8, 2018. This is the tenth medical malpractice suit filed in the state of Maryland in 2018. It is the first psychiatric malpractice case filed in 2018.

In May 2015, the plaintiff is suffering from depression and suicidal thoughts. On May 12th, she attempts to commit to suicide by laying in front of Metrorail tracks but is stopped.

The plaintiff is released on the 16th against her family's wishes. The next day, the plaintiff seriously injures herself after she lays in front of a Metrorail train. The plaintiff sustains severe internal injuries, multiple spinal fractures and requires partial amputations of both of her feet.

See Also Getting a Lawyer for Your Medical Malpractice Claim

Have you been harmed due to the negligence of a psychiatric care provider? You are entitled to justice and compensation for the harm done to you or a loved one. Miller & Zois is here to help you. We have a long history of obtaining large settlements and verdicts in medical malpractice cases in Maryland. Get a free online case review or call us today at (800) 553-8082.