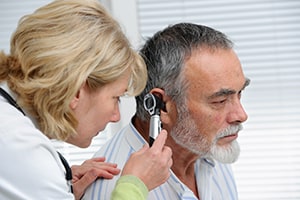 This cancer misdiagnosis claim was filed in Baltimore City when an ENT physician failed to notice a man's throat cancer. It was filed in Health Claims Arbitration on January 26, 2018, and it is the 46th medical malpractice case filed in Maryland this year.

The man continued to experience a recurring cough and soon began to have difficulties swallowing. Months later he went to another doctor for a throat scope examination. The results revealed a squamous cell carcinoma - a cancerous mass in his throat.

After receiving his diagnosis, the man underwent a total laryngopharyngectomy, involving the complete removal of his vocal cords. The man is no longer able to speak, which prevents him from continuing in his profession as a private pilot and lecturer.